An Ecosystem Study is Putting IoT into Perspective.

Business, IoT, and Berlin have been forming a growing ecosystem for many years. As ecosystems go, they tend to be living, ever-changing, and challenging-to-outline systems of interaction, activities, and opportunities. Now, there is a current 2022 overview putting it all together: a study including key aspects that outline cornerstones for businesses working with smart devices, data-driven business models, and the internet of things. An overview that – at least in part – answers how IoT helps businesses grow.

Describing Complexity: IoT Players as Far as the Eye Can See

With the market for Internet of Things (IoT) on the rise globally, Berlin has been experiencing the updraft of a maturing ecosystem in this field as well. For the past decades, companies have chosen to flock to Berlin because of its overall reputation as a startup city conducive to digital businesses with an eye on success. With it, companies in the city started to tackle more complex and promising technological foundations to unlock new revenue streams outside of the established B2C business models.

IoT among other technologies gained strong traction and has been on the radar since before 2016. With studies and papers by firms like Bain, McKinsey, and Cisco forecasting markets in the billions of US dollars and enormous CAGR, various players entered the market. Alongside startups trying to secure their share of an ever-growing market, corporates moved in and universities started looking into IoT and IoT-related areas of business.

Testbeds, smart city applications, accelerators, research, or industry 4.0 projects – the ecosystem has become rich in institutions, businesses, and possibilities to jump ahead in IoT. This in turn sparked interest in describing this very ecosystem that is thriving in the heart of the city. After some smaller attempts in the past, a study needed to be conducted to gather data and create insights on the market size, opportunities, satisfaction, and more. 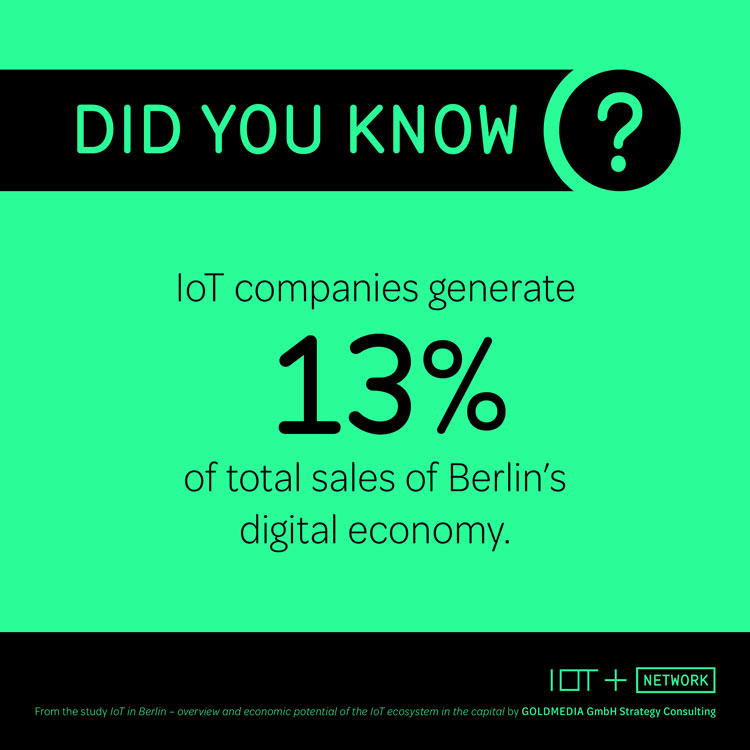 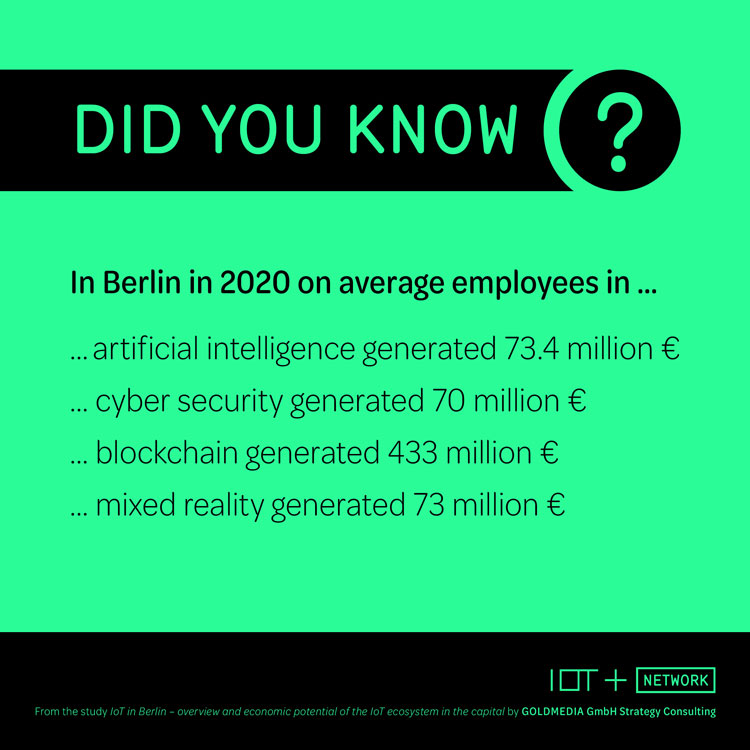 Opportunity, Potential, and a Network at the Core

What is it that makes Berlin such an attraction in IoT? There is no single answer but complexity: interaction, activities, and opportunities in a unique ecosystem. With 6 universities focused on information technology, 10 research centers connected to IoT, and more that 20 incubators and accelerators for IoT, the boundaries of the playing field that Berlin’s ecosystem plays on are quite generous. Moreover, the city of Berlin provides dedicated frameworks with their smart city and industrial strategies that guide Berlin into a more prosperous future. Therefore, testbeds, projects, and connections are all part of what is at the core of this networking city’s ecosystem.

Considering the roundabout 300 IoT players in Berlin, there are plenty of insights to be gained from the 2022 ecosystem study. Among some of the more fascinating ones are:

Unsurprisingly, networking and co-working are some of the most important factors for companies in IoT and getting access to specialists and experts is a challenge for most companies according to this recent study. As an active network at the heart of this ecosystem, IoT+ Network is working with companies, business professionals, and entrepreneurs on all these fronts.

All in all, as the ecosystem is growing, many kinds of business and tech support are becoming useful. If you still have questions about how the IoT companies in Berlin can benefit your business, please contact us :

Have any project in mind?

Leave us a message

Commissioned by the Federal Ministry of Economics and Climate Protection (BMWK).